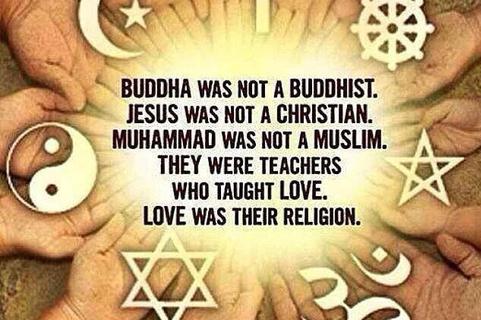 Do All Religions
Lead To God
And Point To
The Same Truth? 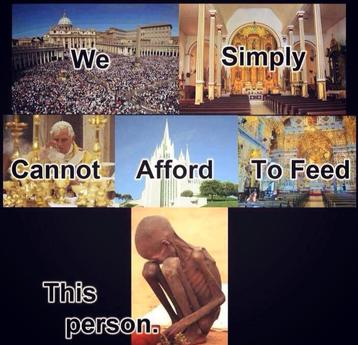 European Journal for Philosophy of Religion
next

What Religion Are You?

I have been asked this question a number of times.  When I was a lad, my parents attended a Lutheran church.  Consequently, I was forced to go also.  Even though I accepted The Lord Jesus as my Savior when I was seven, by the time I had completed the Lutheran confirmation classes (13 years of age) I had already decided that all the ceremony was B.S.  I have said many times that religion is not of God, it is of man.  It is men that are hung up on ceremony; and it is not unique to religion either.

Look at how much ceremony is associated with government; particularly with the military.  This is true almost universally, regardless of the country.  Many wars and hundreds of battles have been waged in the name of religion.  Millions of people have been killed in the name of religion.  Even today people are killed in many parts of the world because they do not follow the same religion as those doing the killing.  Allegedly, there are people in other parts of the world that call our country “the great satan”.  These people have supposedly declared a “jihad”, their word for “holy war”, against our country.  Right about here, someone may say, “Don’t you believe that these people have attacked our country?”  Or, “Don’t you believe that they think we are “infidels” and that they believe it is their duty to wage war against us?”  It has been my personal policy for many years to believe nothing that I hear and only some of what I see.  Having said that, I ask, “What are the motivations on both sides?”

What I see is this.  Our country’s government has been subverting the governments of other countries around the globe for decades.  The main reason for this has been to control said countries natural resources.  So maybe, just maybe, the people that live in those countries that have declared “jihad” against us are tired of our country’s government subjugating them.  I would be pissed-off too if a bunch of foreign soldiers came here and tried to say that we had to run our country like their government wanted it to be run.  You see the point is that there are three sides to every story.  There is our side; then there is their side; then there is the truth which is usually somewhere in between.

I am not saying that there aren't legitimate enemies of our Republic.  I certainly would not welcome some foreign soldiers with open arms (unless I was carrying my rifle in them) if they were to invade our country.  What I am saying is that I believe it is time to identify the true issues at hand.

We need to stop meddling in other country's affairs and clean up our own yard.  Stop looking over the fence at the neighbors garbage cans until we clean up the mountains of crap in our own yard.

Another thing we desperately need to stop is allowing foreign nationals to come here simply because they do not have the cojones to fix their own country’s problems.  Particularly since the people running our government have allowed the Wall Street gangsters to out-source all the jobs to the very countries that view us as their enemy.

In answer to the question, The Lord Jesus is my Lord but I practice the religion of worshiping at the alter of the high-velocity projectile.​​​