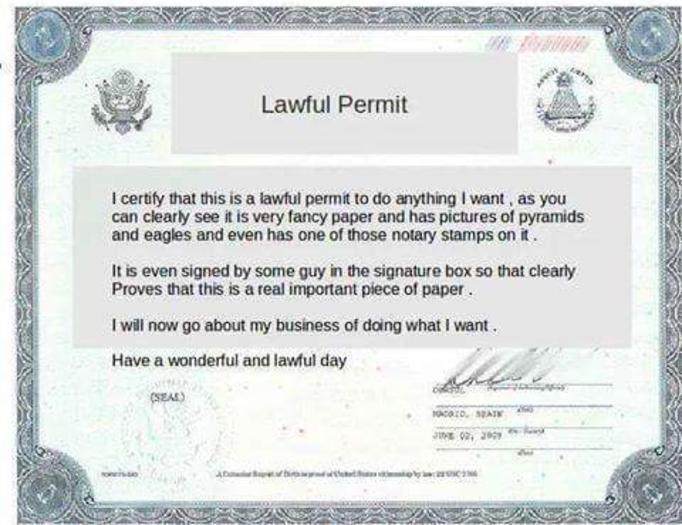 Nullification and What They’re Not Telling You
By KrisAnne Hall

I am compelled to share with you a dirty little secret. This secret is one that the government doesn’t want you to know, especially your State legislators, that is if you have one like my dear senator Don Gaetz. You see, senators like Don Gaetz will tell you that if you believe in the sovereignty of the States, if you believe that the States bear the right to nullify unconstitutional federal law, well, you should be “shot and hanged”(yes, he actually said that, read here). These legislators will explain to you that nullifications is a “kooky” principle that will only result in a “banana republic” in which States will be allowed to nullify whatever law “they don’t like.” If you have a legislator like this, be concerned, as his ignorance has just exposed him for who he is; a tyrant at worst, wholly unqualified to serve at best.

States do not choose, as is asserted, to nullify “whatever law they don’t like,” but only those laws the States find to be unconstitutional assertions of authority by the federal government.

Such States, and state legislators, truly believe that we have a limited and defined federal government. They know those limitations are codified within the Constitution and the power of that limited government is derived from the consent of the governed. They also understand that the primary function of government is to secure the Liberty that belongs to the people. It is only logical that if the government is exerting a power, it is left to the creators of that government to judge and affirm whether that power is justly used. To assert otherwise, that the federal government through the judiciary, law, or executive order is the final arbiter of its own power is simply illogical and wholly despotic.

What the despots don’t want you to know is that nullification is happening and has happened all over the United States, enacted by both States and local governments alike. Not only did it occur in 1798 and 1799 to protect the citizen from the Alien and Sedition Acts, not only was nullification used to OPPOSE slavery in the 1850s, but it is happening RIGHT NOW in response to unconstitutional and unjust federal laws. It is not surprising that you don’t hear about this in mainstream media, but why are our legislators unaware of this? Are they really ill-informed and misguided, or do they simply want us to believe they are? Consider thisCurrently at least three states are supporting legislation called the Privacy Protection Act that would nullify federal surveillance laws and the use of drones within the borders of their states. The federal government does not have the authority to violate the rights of the citizens through surveillance. That is precisely why we have the 4th Amendment. And when a law is contrary to the Constitution, as Alexander Hamilton said, it is null and void.

There are at least 29 States that have either passed laws or are supporting laws to nullify the federal Real ID law that would take your driver’s license and convert it into a “national identity card.” Once again the federal government does not have the authority to demand such a requirement upon the States. These States understand the ramifications of yielding this power to the federal government and are standing against this unconstitutional assertion of authority.

At least Three states are supporting legislation to nullify the unconstitutional definition of the commerce clause as adopted by Congress and endorsed by the Supreme Court. The Commerce clause was never meant to “control”state commerce, but to create an environment in which States engage in commerce with each other freely. It absolutely does not allow the federal government to regulate industrial practice within the State. The Intrastate Commerce Act effectively nullifies federal laws and regulations that violate such limitations by regulating commerce and other activities that are solely intrastate.

The federal government has no authority under the Constitution to create and enforce criminal laws. Three States (Wa, Ca, Co) have passed laws legalizing the use of marijuana and five other States are also currently supporting legislation to nullify federal marijuana laws. If the federal government has the authority to ban one plant, what is to limit their authority to banning others, for whatever reason they see fit?

In 2012 the federal government put into law the National Defense Authorization Act of 2012. This Act, nearly unanimously supported by the “conservative” Republicans in our House of Representatives, authorized the president of the United States the authority to transfer the power vested in him under the Laws of War, to any circumstance the president considers a “hostility” whether foreign or domestic. It allows not only for the indefinite detention of US Citizens, but permits for any use of force that would be allowed under the Laws of War and gives the president the authority to transfer that power to “domestic terrorist fighting forces.” Eight States are taking measures to stand against this obvious use of tyrannical power authorized by the federal government.

Our final example, though not the last expression of State nullification, addresses the unconstitutional regulation of firearms and subsequent disarming of the people. Our Second Amendment clearly and definitively protects the rights of all citizens to keep and bear arms, at all times. There is absolutely no room for the federal government to interfere with that right in any way, shape, or form. Any laws written to address the illegal use of firearms must originate on the State level. In a decisive response to current attempts by the federal government to unconstitutionally insert themselves in a State issue, seven States have passed the Firearms Freedom Act and many others are currently supporting this nullifying legislation. Additionally, nine States are also working on legislation called the Second Amendment Preservation Act, which renders all federal gun laws, regulations, rules, acts, orders, etc., null and void within the borders of the state.

Nullification is not just a State issue. It is a community and individual issue as well. As of January 23, 2013, there are over 90 Sheriffs across the country that are REFUSING, in writing, to enforce any federal gun control laws, and the list is growing every day. We need to support these Sheriffs and demand that our own do the same.

There you have it, the dirty little secret that you are not supposed to know: Nullification exists, nullification works, and nullification is the RIGHT of every State to stand against the unconstitutional assertion of power by the federal government. Share this bit of information with your State legislator and if he still wishes to hold fast to the idea that nullification is not lawful, proper, or “kooky”, then mark this person as one who has no interest in preserving your Liberty.

“The reason why Men enter into Society, is the preservation of their Property; and the end why they choose and authorize a Legislative is that there may be Laws made, and Rules set as Guards and Fences to their Properties, to limit Power, and moderate the Dominion of every Part and Member of the Society…whenever the Legislators endeavor to take away and destroy the Property of the People, or to reduce them to Slavery under Arbitrary Power, they put themselves into a state of War with the People…” John Locke, Second Treatise. 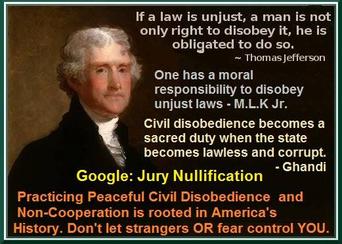