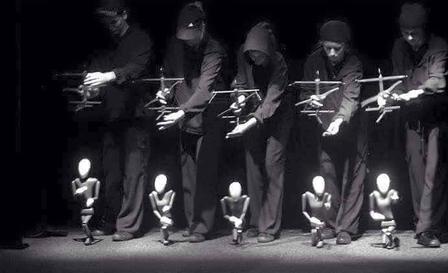 Link to: Liberty Australia
By-Laws
no contract
involving private Americans
as a party to the Constitution
exists.
next

​...is somehow more representative of the people, than the people are of themselves, is demonstrably wrong as I have shown in "The Myth of Representative Government."

But the falsehood that the state represents society dies hard.    We see this fallacy where people advocating government regulation of this or that, refer to what "we as a society" want. And, we see it where people talk about "community" action or "social" agencies, when what they are referring to are state action or state agencies.

This assumes that the state is society's decision-making apparatus, and that "society" is a single decision-makng entity. Yet, these assumptions are demonstrably false.

The theory of the social contract underlies much of this belief that government represents society.

According to social contract theory the original and universal human condition is poverty and insecurity. People form themselves into states that make civilized sociey possible, by "pooling" everyone's right to use force, in a sovereign authority with a monopoly on the use of force. Thus, the common interest in avoiding the violence of criminals or invaders and protecting the weak from the strong, is represented by the state.

Ideas from social contract theory underlie modern constitutional law in the English-speaking world, with its basic ideas that the state represents society, that the function of the state is to prevent a war of all against all, to protect the rights of its subjects subject to law, and that the legitimate functions of government are
limited by the law.

But though social contract theory is popular, it has a number of fatal flaws.

1. The first is that no human society, in any country in any period in the history of the world, is known to have originated in this way. But, the theory is supposed to explain the origin of society and state, so this failure is crucial.

2. In Hobbes' theory, the social contract gives rise to society and to the state at the same time, as it were.

But again, there is no example in history of society and state originating at the same time. States as we know them today have only come into being since the rise of agriculture in the last four thousand years. But human society goes back hundreds of thousands of years. Society came before the state.

3. Again, if the state is society, or the state "represents" society, then what was the state doing all those hundreds and hundreds of years before people had the vote? Obviously something else explains the existence of the state.

4. The defining feature of any state - democratic or not - is a claim to a legal monopoly on the use of force. All states in history that we know of originate in a victory achieved by armed force, or by succession from a pre-existing state that originated by armed force.

For example, the Constitution of the Australian Commonwealth is contained in an Act of the Parliament at Westminster. This in turn derives its legitimacy by succession from a state that originated from victory in a battle all the way back in the year 1066: two groups of guys, with weapons, killing and maiming each other, until only one party pre-dominated. That party was then in a position to take over the commanding heights of society, and require obedience, privilege and tribute.

In history and in fact that's how states originate.

5. States exist by their claim of a right to tax, which is a compulsory expropriation of property. In order for there to be some kind of product to be expropriated, somebody must first engage in productive activity. Society comes before the state in logic as well as in history.

6. Also, social contract theory fails for the simple reason that there is no contract. Contract requires offer, acceptance, and consideration. You and I never signed off on the Constitution.

Where is the offer, where is the acceptance, of a contract by which you became bound to obey someone, to pay tribute, or even be sent to your death?

Since the Statute of Frauds 1677, all common law jurisdictions have laws requiring any significant contract to be in writing, signed.

This is considered so important to prevent fraud that it is even required of illiterates. It is required for the lesser matter of a sale of land.

So why is it not required for the much greateer matter of a supposed contract delegating power to dispose of one's own life, freedom or property?

Answer: because the claim that such a contract exists is nothing but a fraud.

7. Also, a contract is already a social thing. We don't say "social" language, or "social" morality. What is added by saying "social" contract? The theory does not explain the origin of society and the state; the contract it refers to does not exist; and addition of the word "social" adds nothing and is meaningless.

8. Social contract theory also leads to an absurdity that is inherent in all writtenconstitutions. The Australian constitution was voted on, not by all Australians, but by a mere majority of voters in 1900 when the population was only 3.8 million. Women, black, non-citizens, and children were all excluded from voting.

So by what right does a minority then, perhaps fewer than one million adult white male "yes" voters, all of whom are now dead, get to decide to oblige 20 million people today to obedience and pay forced tribute on pain of imprisonment, over a hundred years later?

The only way out is by claiming that people may be presumed to agree merely by being born here: more fiction.

9. This idea that the state presumptively "represents" society is problematic in other ways. Who exactly is this "we" who decide "as a society?" Obviously a state can't claim to represent the whole world; nor all the people who leave that state every day; nor those who are too young to understand, or who didn't vote, or who in fact disagree with it. In practice, those remaining in favour of any given decision must often be a minority of the population; there is no evidence even in democratic societies that a majority is in fact in favour of a given decision.

And in any event it is impossible to know who they are to confirm their authority.

10. Again, if "we" are the state, then WHO IS THE STATE representing us to? Ourselves?  Huh?  More circularity.

Conclusion: In short, social contract theory is a total and utter fiction. It fails to provide any justification for political states or government.​​