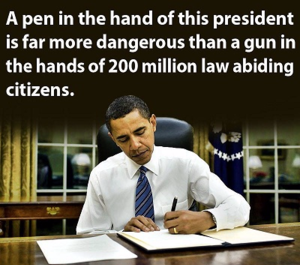 Changes made by the Supreme Court to Obamacare:

69.) The individual mandate made a tax: The court also decided that violating the law’s mandate that Americans must purchase government-approved health insurance would not produce a “penalty,” as stated in the legislation, but rather would result in individuals’ paying a “tax.” Paying a tax would make it, legally speaking, optional for people to comply and therefore would not violate the U.S. Constitution. (June 28, 2012)

"It was important to Roberts that this made it look as though Congress was really anticipating that a number of people would opt to pay the fee rather than pay health insurance," said Christina Ho, assistant professor at Rutgers School Law in Newark. Because the IRS is limited in its enforcement capacity, the fine constitutes "a tax rather than something that’s explicitly designed to criminalize or stigmatize someone who doesn’t pay," she said. The government could not place a lien on a property but could withhold tax refunds for those who don’t pay the fine.

"...Roberts agreed with his conservative colleagues that Congress lacks the power under the Constitution’s commerce clause to put the mandate in place, "what’s left is the taxing and spending power. At its basic level, he needed to characterize it that way in order to find it constitutional,"

"In the dissent, Scalia says "this is horseshit". The law itself repeatedly calls it a penalty, it's not primarily designed to raise revenue, and it is plainly designed to punish people who decline to buy insurance. "We cannot rewrite the statute to be what it is not," Scalia says. "We have never held—never—that a penalty imposed for violation of the law was so trivial as to be in effect a tax. We have never held that any exaction imposed for violation of the law is an exercise of Congress’ taxing power—even when the statute calls it a tax, much less when (as here) the statute repeatedly calls it a penalty."

The Supreme Court does not "rule" it gives "opinions" regarding constitutionality of laws.  Any ignoramus knows the difference between a penalty and a tax.  The idea that the Supreme Court can "rule" that the non-mandate tax is not a penalty is (in my opinion) criminal AND unconstitutional.  Aside from this, to think that the Supreme Court can give an unbiased opinion in a politically-charged federal case is ludicrous.  Additionally, this direct taxpayer funding of a non-mandated law is a subversion of The Separation of Powers Act removing The House of Representatives power of the purse to defund the law.

If you do your homework, you will discover that aside from the fact that The Supreme Court's opinion on this "so-called" unconstitutional law is a tax, this law was not rewritten, reintroduced as a (how is a law not a mandate?) tax (how is a tax only levied on only a select few?) and passed in both the House and Senate as such?  This non-mandate, non-law, non-penalty, non-tax is more "color-of-law crap foisted upon the diminishing middle-class of America.

P.S.  Additionally, since the ridiculous opinion by the supreme court was handed down, this legislation has been altered multiple times by the most-high king himself...multiple times via "his pen."

Explanation of THE SEPARATION OF POWERS LAW
click here