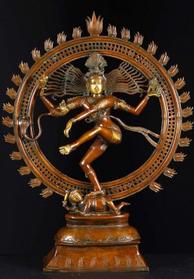 How is "Theoretical" Physics
any different
than
A Conspiracy "Theory"?

and four centuries of science

Because all of physics, all of spirituality, rests on proving science over God. The problem

is that the 'science' of physics rests solely upon 'theoy'. Up until recent times, naysayers

of science and the Vatican were few and far between; this was true due to two reasons:

lack of educated people due to the hoarding of knowledge; and, the fact that naysayers

were often put to death as heretics.

that they not only know best but that they have a right to rule as a result.

So, enter CERN to answer the question of 'black/dark matter'; that elusive, indescribable stuff of the universe that comprises most of what is 'out there'. That stuff which is like the interstitial fluid and fascia that surrounds all of our own organs and contains the electrical components that keep the whole organism running. CERN is attempting to learn what that dark matter is and what it does and is looked at as necessary to discover "the God particle"

In other words: "They" want the secret of creation to control it and usurp it from the Almighty God of The Universe so as to garner our worship.

This video (which, since placing it on my FB page a couple of days ago, has been removed) explains many unproven theories that have served to falsely prove other theories to the unsuspecting uneducated.  Don't be dissuaded from watching because some of what is presented may be beyond your understanding. What is identifiable is what any savvy person can indentify - charlatans at work. Enjoy!​  (Too bad.... it was very informative - but perhaps that's why it was removed?)