Having an opinion is now an act of terrorism! 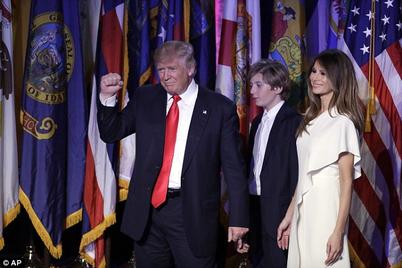 Already
someone has created
another political party.

Former CIA Officer and author (anti-terrorism) comes forward to speak about how the government is no longer controlled by the people and is operating outside the law, conducting illegal activity of the highest order and controlling high ranking government employees with coercion, manipulation, black mail and at times.....murder.

He discusses the government geo-engineering program designed to spray poisons over the public from aircraft, to accelerate disease and death in the ...population. He discusses vaccine corruption within the government. Vaccines being designed criminally to inflict maximum harm on the uninformed population. He as well is being hunted by dark forces inside the government and warns the public that they are in their last hour, to wake up to what's happening. He estimates 5 years before the wheels completely fall off and the criminals in power come after everyone's property, money and all freedoms....if the citizens happen to be alive after the medical and science organized holocaust that's hunting each and every citizen right now. A mind blowing presentation at a very large public conference.

Britain Declares Independence From The EU

Watching this video, I cannot help but wonder how this speaker can appear to remain so calm and detached.  The geoengineering of our planet via carbon seeding of clouds and chemtrails has been going on since at least 1993.  The widespread dissemination of the likes of barium, strontium, aluminum and ferrous oxide onto the soil and into our water supplies has known scientific consequences.  To think that our government does not know what they're doing is ridiculous!
These chemtrails are reducing sunlight affecting photosynthesis (which is adversely affecting crop production, plant and tree growth); increasing algae blooms in bodies of water (contributing to "Green Al's" bio-fuel alternative energy source); negatively affecting our health in an increase in respiratory illnesses due to higher levels of humidity, fungi and molds; affecting the efficacy of solar panels due to increased cloud cover; and, finally increasing global warming.
There are individuals attempting to fix the problem in government but are meeting with 'no response' whatsoever.