Intelligent design is indeed supported by evidence. There is evidence for design in irreducibly complex biological structures, the complex and specified information content in DNA, the life-sustaining physical architecture of the universe, and the geologically rapid origin of biological diversity in the fossil record during the Cambrian explosion. It is evolution that is NOT supported by evidence. 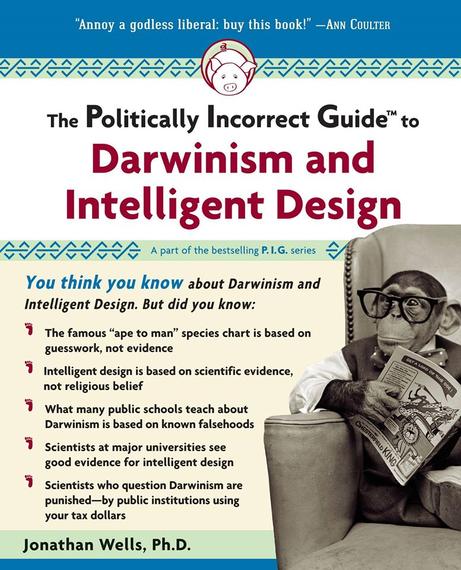 ​​​​​​Lies By Tim Siewert
​
I have written and said repeatedly that the world is full of liars and lies today.  That revelation is not earth-shaking for me even though it may be for some.  It is to the point that it seems as though that virtually everyone lies on a routine basis today.  Politicians lie, governments lie, the media lies, etc.  Yet, the resounding question for me is, “Why?”  Why do so many people tell so many lies, both little white ones and real whoppers?  Granted, telling a lie is not a sin but it does indicate a lack of character.  I do not claim to be a saint, very far from it.  I also have told my share of lies.  I understand why I did so when I did.  For the most part it was out of fear of the ramifications of the truth being known. Now, and for a long time, I pride myself on being honest regardless of the consequences even though I realize that I am still light years away from perfect.  I believe it is what The Lord would have me do.  So why is it important to tell the truth?  The answer is trust.  A very long time ago for me I realized that any relationship, regardless of parameters, is based on trust.  Without trust, any relationship will resemble the proverbial house built on sand; it will eventually collapse.

​In the interest of the truth being known, I have the following to offer:

​Once upon a time, there were two people; Adam and Eve.  Contrary to popular belief, not everyone is a descendant of these two people.  God the Father created Adam & Eve on the eighth day.  God created all the other races of man on the sixth day.  God created Adam because He saw a need to designate a man as a husbandman, a tiller of the soil.  God gave Adam this responsibility initially; that is why He placed Adam in the Garden of Eden.

​The Lord Jesus is a direct descendant of Jacob/Israel through Judah (Jacob’s fourth son) to King David to His mother Mary.  Now by the time the Lord Jesus was born some 1500 years later, the nation of Israel had endured three Babylonian captivities, several other invasions by other peoples, and Jerusalem had been burned a few times.  Needless to say, their numbers had been decreased from the estimated 2.5 million that left Egypt.  If that wasn’t enough, when Jesus was born the Roman appointed procurator/ “king” of Judea had every male child which was two years of age and under (and likely more) killed.  This had to further decrease their numbers along with their ability to perpetuate their lineage.

​I am an avid student of history.  I also believe that there has been a concerted effort for decades to rewrite the history that is commonly available today.  Because of this belief, I habitually use sources that most consider “out of date” for my historical research.  One of these sources is my 1898 edition of the Encyclopedia Britannica.  According to that source, there were about 15,000 “Jews” living in Jerusalem when that edition was current.

​Now the 15,000 “Jews” living in Jerusalem circa 1898 were comprised of four “Jewish” sects that were recognized at that time.  Those sects are: Karaites, Chasidim, Sephardim, and Ashkenazim.  The Karaites were formed in the early 17th century, followed a self-proclaimed Messiah, and rejected the Talmud.  The Chasidim derived their name from the Greek word for “reader” because they claimed to follow Scripture and also rejected the Talmud.  The Sephardim equally claimed to follow Scripture and rejected the Talmud but were distinguished by being of Spanish/Portuguese origin.  Likely the Sephardim are true descendants of Jacob/Israel in that they claim to be able to trace their ancestry back to Dan; Jacob/Israel’s son by Bilhah (his wife Rachael’s maid).

​And now for the Ashkenazim:  In 740A.D. there was a country/empire then known as Khazaria.  Virtually overnight, the entire country converted to Judaism by decree of the Khazar king because on the one side they were being pressured to accept Islam and on the other side they were being pressured to accept Christianity because the empire was located north of present day Turkey around the Caspian and Black Seas.  According to my 1898 source and others, the Khazar people were of Turkic/Mongol descent.  They were definitely not descendants of Jacob/Israel.  About 100 years later the Khazar Empire collapsed and most of the people emigrated to Russia, Poland, and Germany.  They became known as “Ashkenazi Jews” because “Ashkenazi” loosely means “out of Khazar” and “Jews” because they accepted the religion of Judaism.  They follow the Talmud.

​The descendants of these Ashkenazi Jews were the Jews that immigrated in mass to Palestine in the early to mid 20th century.  Their descendants are who control the nation state of Israel today which should not be confused with and in no way resembles the “nation of Israel” of 3500 years ago.

​So why was Adam and the “nation of Israel” so important?  When God the Father placed Adam in the Garden of Eden He gave Adam dominion (control) over the Garden.  As a matter of fact, God initially gave all man dominion over all creation.  God’s first commandment to Adam and all men was, “Be fruitful and multiply and subdue (take dominion/control of) the Earth.  When Adam listened to Lucifer’s lies and sinned by eating of the tree of knowledge of good and evil (which was not a fruit tree) and fell from Grace with the Father, Adam relinquished dominion of creation to Lucifer.  Hence, God told Lucifer it would be through Adam’s lineage that Lucifer’s ultimate demise would come.  Jesus is Lucifer’s ultimate demise and when Jesus defeated death, hell, and the grave He took back dominion from Lucifer.  A true believer in the Lord Jesus has dominion over the Earth through our Lord.

​I am neither pro nor anti Israel; Israel in the sense of the nation state that exists today in what was once Palestine.  Furthermore, I am neither pro nor anti Palestinian; even though many Palestinian people today are quite possibly descendants of Jacob/Israel because they have been living in that region for millennia and many are “Christian”.  I am not a racist; just ask some of my black friends.  What I am is vehemently pro God’s Word.  God’s Word emphatically states, “Thou shall not commit murder.”  Killing women, children, and the elderly who are non-combatants in their homes, schools, and hospitals is murder.  As of this writing (11 August) the nation-state of Israel has killed over 2,000 women, children, and elderly non-combatants; that is not “collateral damage”, that is purposeful murder.

​The answer to the question, “Why do people tell lies?” it is because they do not have God in their life.​​