IS AMERICA A JUST GOVERNMENT?

I REMAIN SILENT
NO SEARCHES
I WANT MY LAWYER
Please put any tickets under windshield wiper.
I am not required to sign - &318.14(2)
I am not required to hand you my license - &322.15.
Thus I am not opening my window.
I will comply with clearly stated lawful orders.
(at bottom of above notice have:)
license/registration/insurance card visible 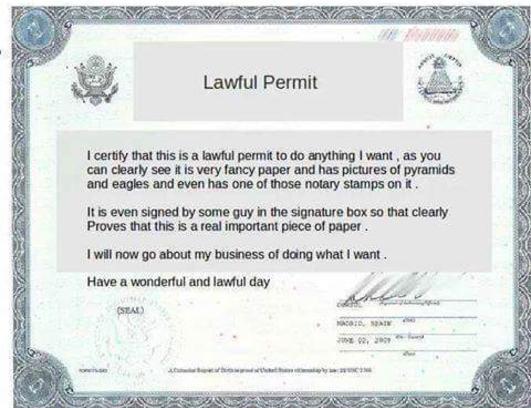 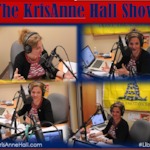 Rights and Legality
By Tim Siewert

​Many topics of conversation today are centered on the question of “rights” and/or on the question of “legality”.  Often a person will say, “I have rights.” Or, “I know my rights.”  Having a “right” to something implies that you are entitled to ownership of that thing.  To be entitled to something by definition means that you have a legal right to lay claim or posses that something.

Many people today are of the misconception that just because they are living, breathing, people, they have a right or are “entitled” to a plethora of material possessions.  In reality, unless they have worked and earned what is necessary to acquire these things, they have no right to them at all.  A few of the things I am referring to that people think that they have a right to are a job and a nice home.  There is nothing written anywhere that says that everyone has a right to a job, and in particular in the Constitution (even though that document says that every one has the right to pursue whatever they deem makes them happy).  There is also nothing written anywhere that says everyone has a right to a nice home.  Not even in God’s Word is there anything to that effect.

I think a person is entitled to or has a right to just two things; enough air to breathe and their freedom.  This is what I have come to expect.  Beyond that life is what you make of it.  As I see it this erroneous attitude of having a right to the plethora of things, which is the product of the socialist state that exists today, was initiated during the administration of FDR.  Prior to 1934 none of the government hand-out socialist programs existed.  Understand this, the “great depression” of the 1930s was created, it did not just happen.  It was created, I believe, to initiate the socialist state in our country and for the purpose of bleeding this country dry financially.  But I digress, back to rights.

Now there are certain few other “rights” that are necessary to insure one’s freedom.  I believe that this is the reason why many people have become confused on this issue of rights and entitlements.  Without the rights that are enumerated in the Bill of Rights a person can not have freedom; it will most certainly be trampled by tyrants.  But the rights of the Bill of Rights are codependent on freedom; it is therefore impossible to make freedom & these rights mutually exclusive.  Beyond the right to life and liberty and the rights enumerated in the Bill of Rights there are none.  Enter the socialist state and the confusion.  Prior to 1934 people knew that they only had certain rights.  Then the socialists of the government started brain-washing people to believe that they were “entitled” to all these other things because they created all of their socialist hand-out programs and said that the people were entitled to these programs.  The problem that exists in this country today is the result of the decades of brain-washing; everyone has been convinced that they are entitled to this plethora of things and almost all of these things are well beyond the original scope of these socialist hand-out programs.

Furthermore, I believe that this brain-washing to get people to believe that they are entitled to more than what they are is the reason for the crime rate explosion.  Criminals have been condition with the mind-set that they somehow have a right to other’s possessions.  This is the only logical explanation for criminal behavior.  If this is not the reason for a criminal’s behavior, then said criminal is a sociopath and should be treated as such.  This issue of crime and criminal behavior brings me to the issue of legality.

Many years ago I heard a preacher say that today we have 50,000 laws in this country trying to interpret 10 commandments.  Almost 4000 years ago God engraved in stone what is right and what is wrong.  He did this for our benefit, not His.  That is the reason for God’s laws.  Man’s laws should be based on God’s laws but unfortunately we have deviated from this concept.  I believe this to be the reason for the confusion about what is truly legal and what is not.  I also believe that much of the confusion is the result of the illogical notion that has been promoted by the socialists in government and by liberal progressivism   that “some pigs are more equal than other pigs” (George Orwell: Animal Farm). The socialists in government have sanctioned the idea that certain factions of the population have more rights than others because of some type of perceived uniqueness.  After God gave Moses the law, for a long time the nation of Israel had Judges as their leaders.  These Judges were tasked with the responsibility of settling all disputes according to God’s law.  During this time, the nation of Israel flourished.  Then the people of Israel wanted a king.  God told them that this was not a good idea but they insisted.  So because God granted all men free will he respected the wishes of Israel and appointed a king to lead them.  Not long afterwards things started to deteriorate.  God had told the people of Israel that this would happen but they did not listen.  As long as Israel had God’s law as there guide everything was good.  As soon as they had men as their guide things deteriorated.  I believe that this is in God’s Word as a lesson for all men.

In conclusion I would like everyone to understand two things.  First, if some person, regardless of their claimed justification, is violating God’s law or someone else’s natural rights then that person is a criminal and anyone has the God given right to deal with that criminal to whatever extent necessary.  No one has a right to violate someone else’s rights, NO ONE!  That is God’s law.  And second, while it is true that everyone has God-given natural rights, with these rights comes responsibility.  When someone exercises their natural rights and does not accept the responsibility of the consequences of exercising their rights then everything changes.  The following is a prime example of what I am referring to.

Many years ago the U.S. Supreme Court ruled that one of the natural rights to which I have been referring to is the right of procreation (having children).  Many people in this country for a long time have been having children and afterwards they have expected other people to shoulder the responsibilities that come with raising these children.  This custom has transcended ethnicity and social classes and has been sanctioned by the government.  This paradigm makes about as much sense to me as making people responsible for the living expenses of total strangers; which has also come about because of the socialists in government.  Then even though these people expect other people to shoulder the responsibilities of raising their children and their living expenses, they vehemently object to outside interference in regards to the discipline of these children, whether or not they have a right to have these children, and how they live.  When objection occurs, these are the same people that start screaming about their rights.  All of this is very convoluted thinking in my mind.

And speaking of rights and the Constitution, there is nothing in that document that states that a person has the right to not be offended or insulted.  People are insulting to others, get used to it.  Furthermore, have the cojones to confront these insults for what they are.  When you do this I have found that it will stop.  But do not try to justify reprehensive behavior.

The next time someone expresses doubt as to the existence of God, ask that person this question, “Have you ever been to the planet Pluto?”  When they say “No” then ask them, “How do you know that it exists?”  F.Y.I. the planet Pluto is smaller in size than our moon yet the closest it ever comes to Earth is over 4.5 billion miles (according to astronomers who allegedly know) hence it is very difficult to see even with the most powerful of telescopes; and there is some doubt now as to whether or not it is truly a planet or possibly something else yet people still believe that Pluto exists; go figure; because some “scientist” says so, please, they’re the ones that invented evolution.

My point of all of this is if there is any doubt in your mind as to what is right or wrong; consult God’s Word.  He gave His Word to us for that purpose.

In the end, on that Great White Throne Day of Judgment for all souls, when you stand there in front of the Almighty Creator of all things (because if you believe the evolution and ‘big-bang’ lies I pity you) and say, “I was just following orders” or “I thought I was doing the right thing” God will say, “I knew you not”.  Then, in that moment before your soul ceases to exist for all eternity, you may understand what I have written here. Maybe.​​​​​​​​​