‘Military coup’ wins poll of troops in a landslide

I would like nothing more than to experience the total freedom

that anarchy purports to offer; nothing more than being with

my Lord Yehoshua forever. Yet in reality, anarchy is an

unrealistic pipe-dream at best and a dangerous slippery slope

to be sure. I am no lover of government; I loathe all politicians.

Let us consider the present situation of our society.

In reality, considerably more than 50% of the U.S. people are dependent on the minority for their subsistence. Whether it be government employees, Social Security recipients, or Welfare recipients, those people are dependent on the rest to pay “their fair share” so they can have their needs met. Government employees, whether it is the POTUS or your local dog-catcher create.

NOTHING! Only a very small percentage even provides a relatively necessary service, i.e. road maintenance. While SS recipients did pay into the system at one time, many have collected far more than what they paid in and the system is a pyramid scheme predicated on those of us still working to keep it going. And welfare recipients are nothing more than human cockroaches.

A productive economy is a healthy one. Clearly, the only thing that the present U.S. economy is capable of producing is war and sloth. The only segment of the population that is profiting from our economy is the top 0.1%. Sloth is rewarded more than production in today’s society. To think that all of these human parasites would suddenly find some semblance of dignity, and start fending for themselves, if government-daddy disappeared is ridiculous. What is far more likely is that the latent criminal in all would take over.
Few people today even know what integrity is let alone have any; in order for it to work, anarchy is predicated on all concerned being honorable. If government-daddy suddenly evaporated total chaos would ensue, the recent events in Ferguson and Baltimore are clear indicators of this. Anarchy dreamers need to understand these obvious facts.

I am not a statist; but for an advanced society, a society as large as the one of today, to be peaceful and productive, there has to be something to keep order. While many people may be of adult age, in reality they are little more than willful six-year-olds at their core; and the only thing keeping that willful six-year-old hidden is threat of retribution for disobedience. This is the fundamental problem that few recognize.​

Ashley Madison is website where married couples register to have affairs.

This should come as no shock to anyone inside a society that prides i...tself on saying one thing and doing another. That's a nice way of saying that our society is literally schizophrenic, lying to itself left, right and center. The two primary characteristics of a psychopath are lying and a lack of empathy for the consequences of that lying. Ashley Madison is a psychopath's wet dream.

Could we, as a society, ever discuss openly what we don't like about our society and forge a better understanding of what humans need to lead full, efficient, satisfying and productive lives? Could we ever recognize that outside forces, are forming a base psychopathic existence for our entire culture? ​ 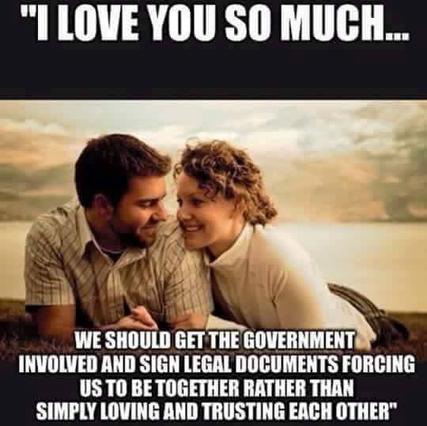 Why do that when we can lie, sneak, cheat, deceive and satisfy our need to fit into the crowd plus satisfy our need for more freedoms simultaneously? Why tell the truth, when we can lie? Is there anything more weak in the human psyche than the need to bullshit others, in order to avoid the truth, given that the truth can set everyone free and given that lies only produce more slavery and more pain? Is there any greater weakness? Is there anything more illogical than lying to protect oneself, at the expense of our own humanity?

This popularization of lying, unethical behavior and self centered deceit is interwoven into all corners of our culture. This isn't about marriage, this is about how our society rewards and encourages the formation of the chronic bullshitter. Everything from our politics, to our medicine and from our science to our personal one on one relationships are becoming based on pure and utter bullshit. There are firm reasons why our handlers are turning the population into a mass of self serving bullshitters and the more we bullshit ourselves, the more difficult it will be for us to figure it all out. Telling the truth in a society full of bullshitters is a rebellious act. Ask your doctor if telling the truth is right for you? Start with your doctor if you want. Tell your doctor that taking poison to make you healthy is bullshit. On the way out, tell the hospital administrator that having a chocolate bar machine in an institution of heath is bullshit. As you pass by the guy in the hospital lobby selling cancer causing donuts for cancer, tell him he's a bullshitter too. What ever it takes. Start anywhere, say anything, just speak the truth. Take down the bullshitters.

My note: I shared the above post because I saw the truth of his words when I was very young. Only I called it hypocrisy. Hypocrisy is evident in the fact that to take care of our homeless, our impoverished, our sick and dying we now look to the government to remedy these societal problems. We do this because charity is all but dead in a nation of people claiming to be Christians. And, we do it because we have replaced God with greed.