There are wars and rumors of wars.  Economies are collapsing around the world.  The upper class gets richer, the middle class dwindles and the lower class continues to grow exponentially, worldwide.

There's not much holding it all together these days.  If it weren't for the monthly government checks hitting our mailboxes the poverty would be apparent, even to the brain-dead with their flouride/anti-depressant cocktails in hand.  The new economies keeping us afloat are "The Prepper Movement", "The Prison Economy" and "The Military Industrial Complex".

The Military Industrial Complex is a term we were first warned about by President Dwight D. Eisenhower.  We, again, were warned by President John F. Kennedy.  We didn't listen and it has come around to bite us in the ass.

There is so much to be said by so many regarding this that I felt the subject deserved it's own heading.  I hope you agree.​ 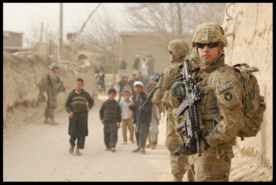 Project Brainstorm was a project developed by the pre-War U.S. military at the Pentagon. Its overall objective was to 'brainstorm' the American people in order to get increased political support for the Great War.

The Induced Patriotism Initiative was the so-called "flagship" of Project Brainstorm. Its goal was to 'induce patriotism' as part of the 'brainstorming' of the Americans. This usually took the form of "overt and covert messages of extreme patriotism and loyalty", planted by anonymous 'agents' into "popular media; from the big screen to the Sunday funnies." Other areas of influence included the music industry, organized sports, toys and comics, the latter which got the name "Tales from the Front".​ 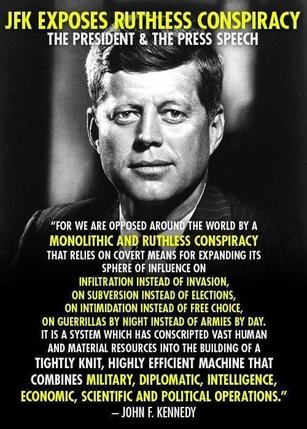