HOW IGNORANT IS COLUMBUS DAY?

Tomorrow will be 12 October, 2015. All of the federal government offices, the post offices, and the banks will be closed. Why? Because on that date it will be Columbus Day observed. Let us review some history.

Christopher Columbus was an Italian. Specifically he was originally from Genoa; a city-state in northern Italy at the time. He sailed for the Spanish crown; Ferdinand and Isabella. It has been said that Columbus sailed for the Spanish crown because he had found "favor" with Queen Isabella (i.e. Chris was schtupping the Queen) and that no other self-respecting interest would have him. His first voyage landed him on what is now Cuba and the island that makes up Haiti and the D.R. It wasn’t until his third voyage that he actually set foot, briefly, on the mainland; to be specific Venezuela and the island of Trinidad just off the coast at the mouth of the Orinoco River. It was also on that voyage that Columbus finally realized that he had not found what he had set out to find; the "Indies". Columbus also openly admitted that it was by mere chance that he had found land at all. On his forth and final voyage he skirted the coast of Honduras and Panama. I would also like to add that C.C. returned to Spain in chains on the final voyage because he was arrested by his crew because his final voyage was in direct opposition to royal orders.

Columbus is described as being despotic and delusional.

What kind of hero is that? He is also described as being

illiterate. And we have a national holiday honoring this

yoyo. He really did not discover anything. The land was

already here and there were a lot of people already living

here; people that research has shown to have come to the

"Americas" from other lands also. Those people that had

their own culture, religion, and a very accurate calendar;

a calendar which was far more accurate than the one in

Neither were Columbus and his men the first Europeans

to set foot on this continent. Nordic explorers had already

So let me get this straight, we have a national holiday honoring an illiterate, delusional, despot that thought he had sailed all the way around the planet from Spain to some islands off the coast of Asia. We honor a man that by his own admission was lost. No wonder the powers that be want to obscure history.​​ 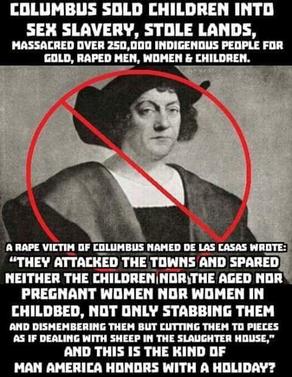 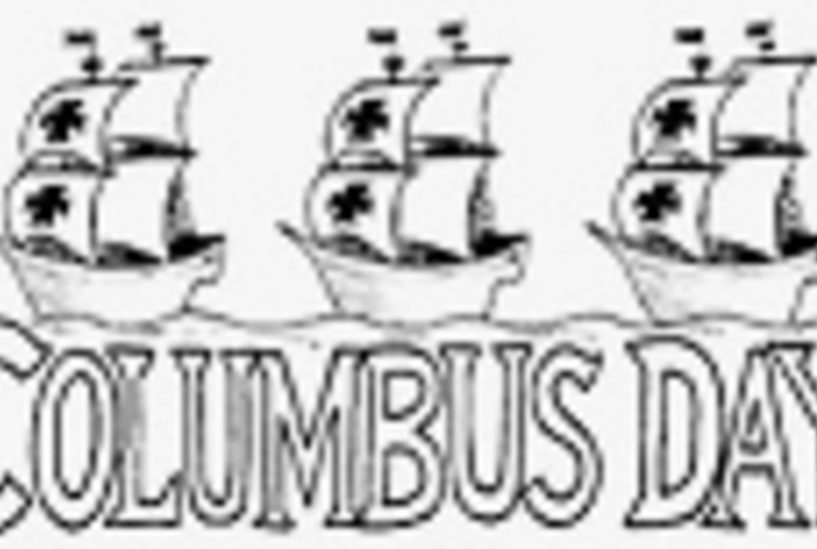